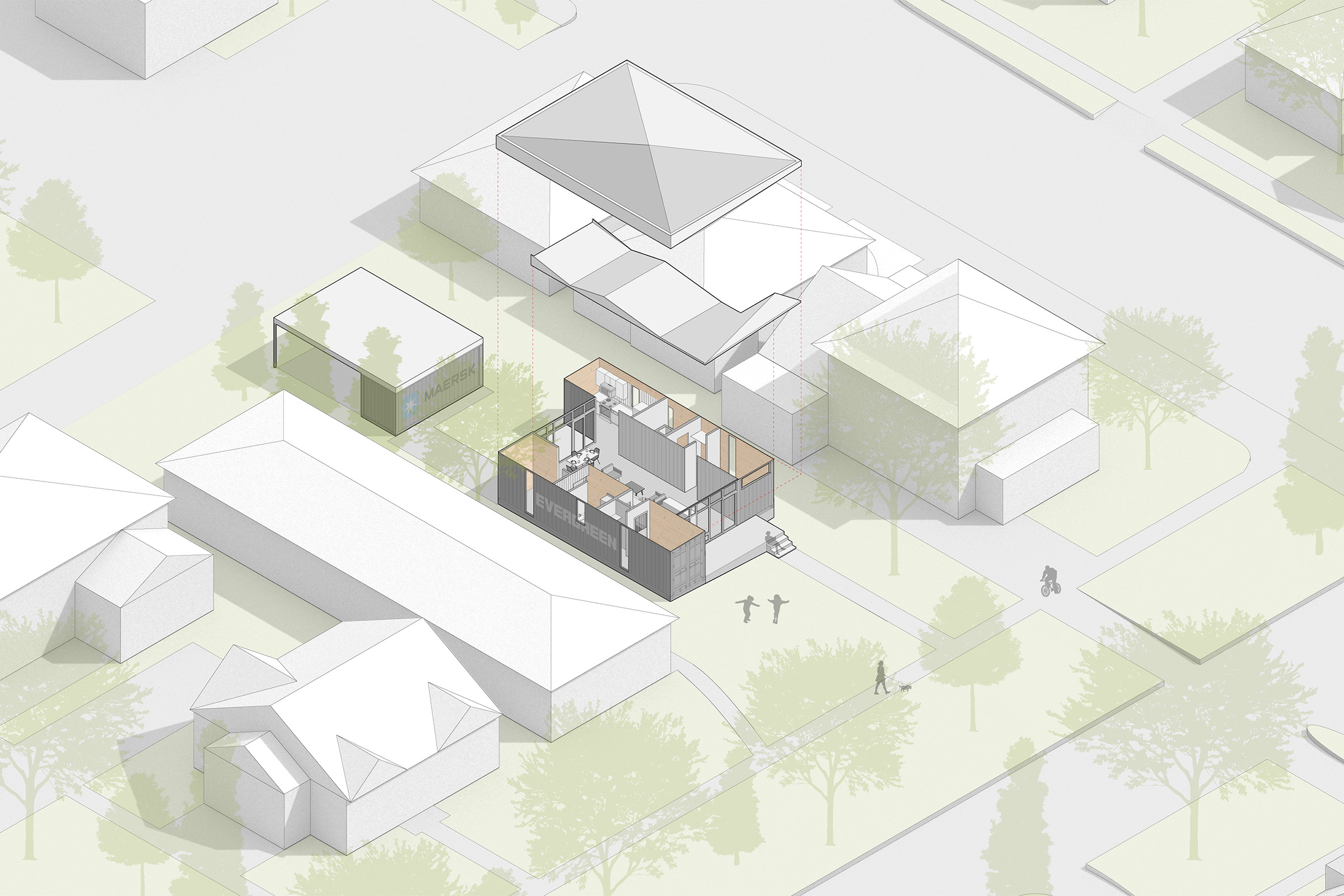 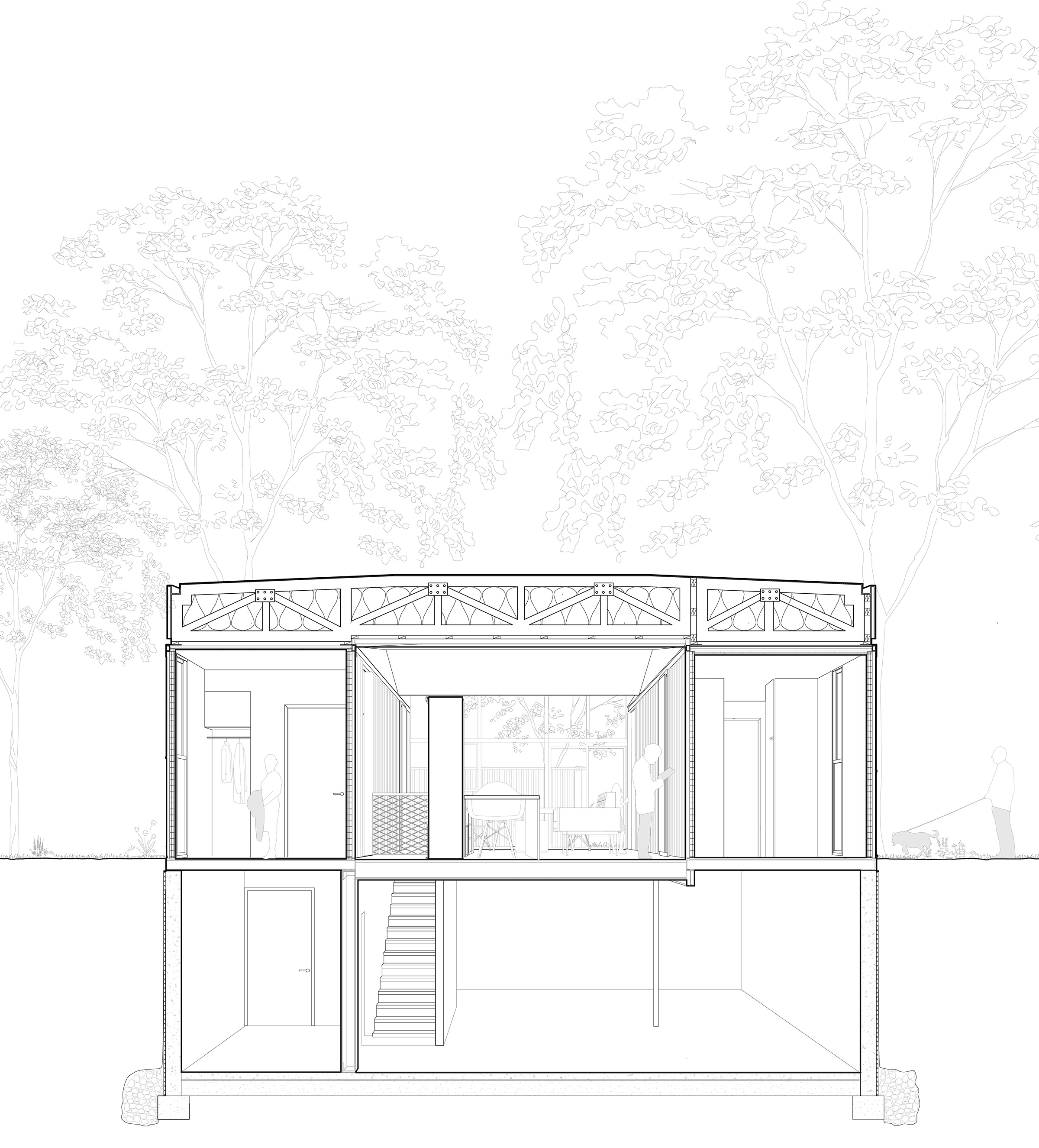 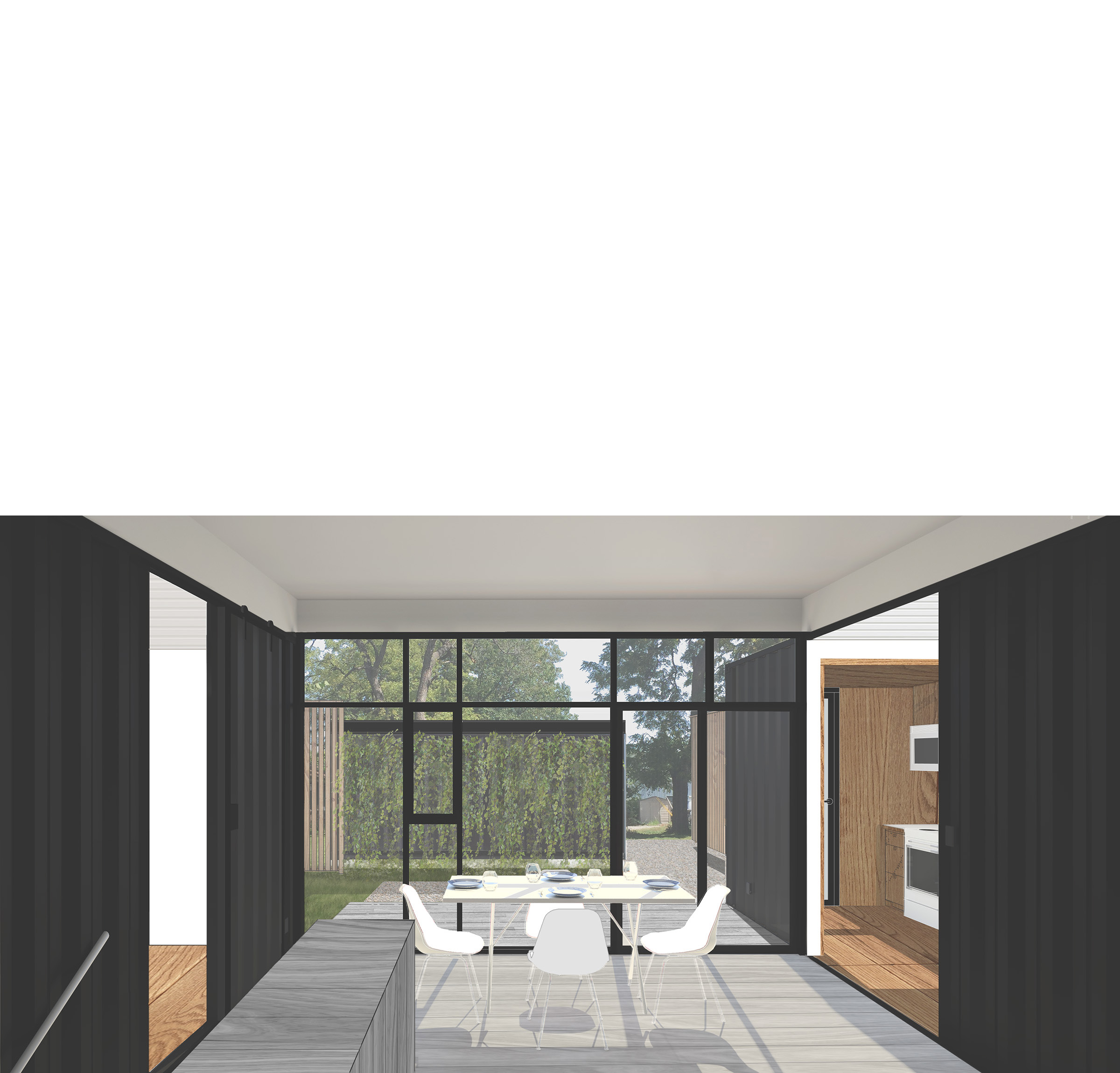 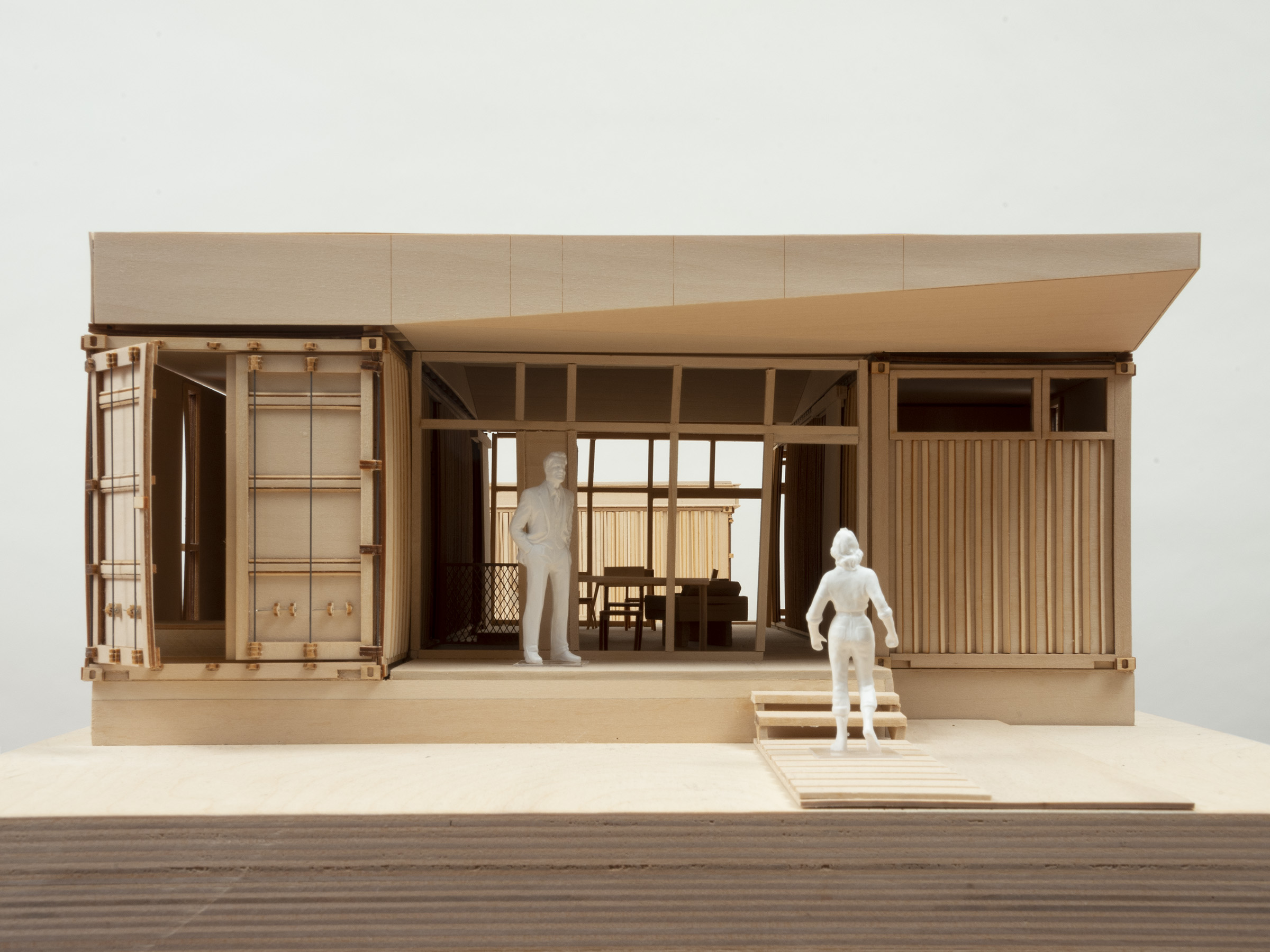 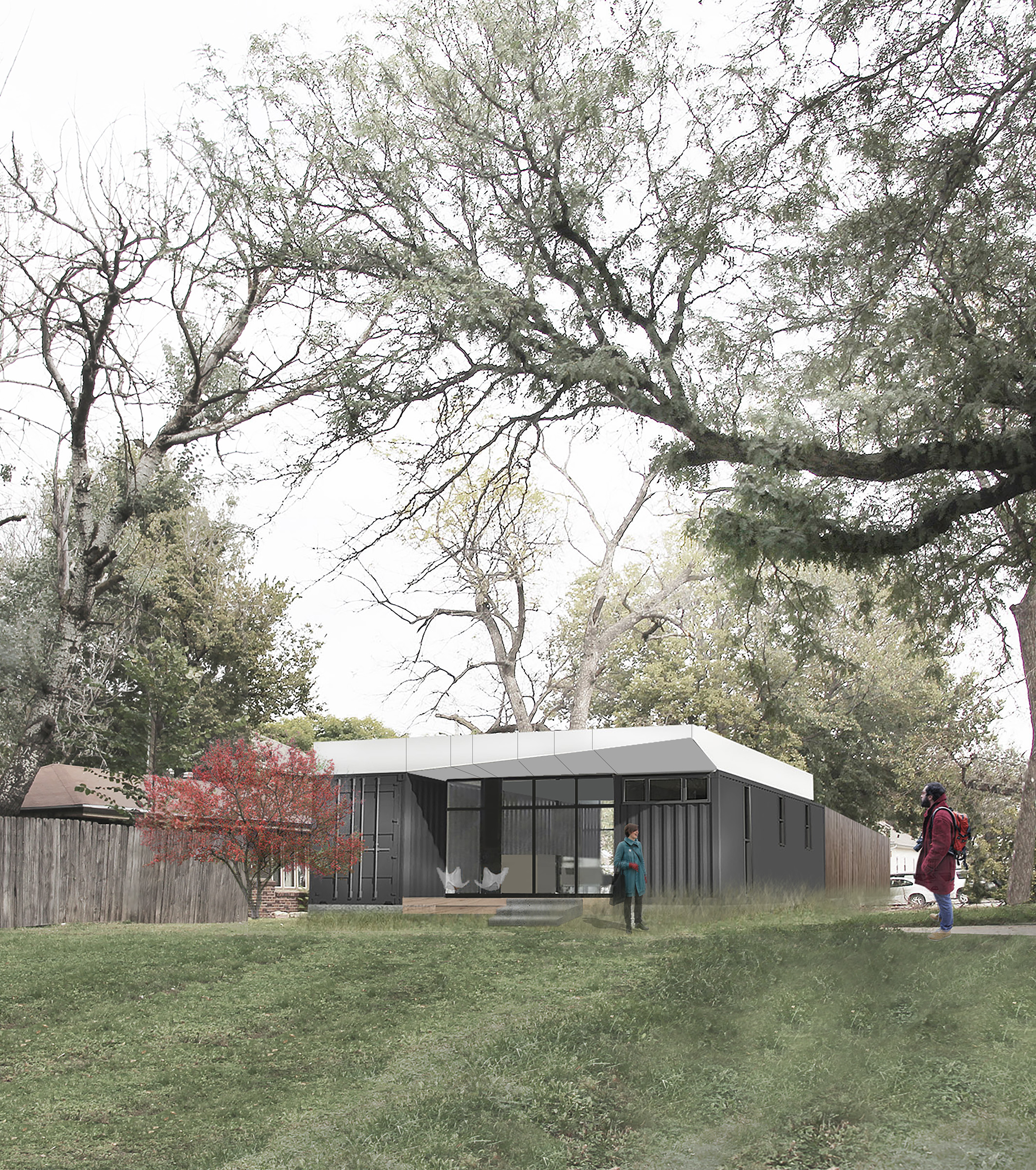 Located on South 8th Street in the historic core of Lincoln, Nebraska, the house is subject to district design guidelines including a requirement for a covered front porch and a pitched roof. After conducting an analysis of the various roof types found in the neiborhood, FACT sought and received Urban Design Review approval for the low-slope roof proposed. To create a front porch, we offset the two containers allowing the roof to cantivelver over the open southwest corner of the house, creating a 6-foot deep front porch and welcoming public entry. By design the house conforms to established setbacks. 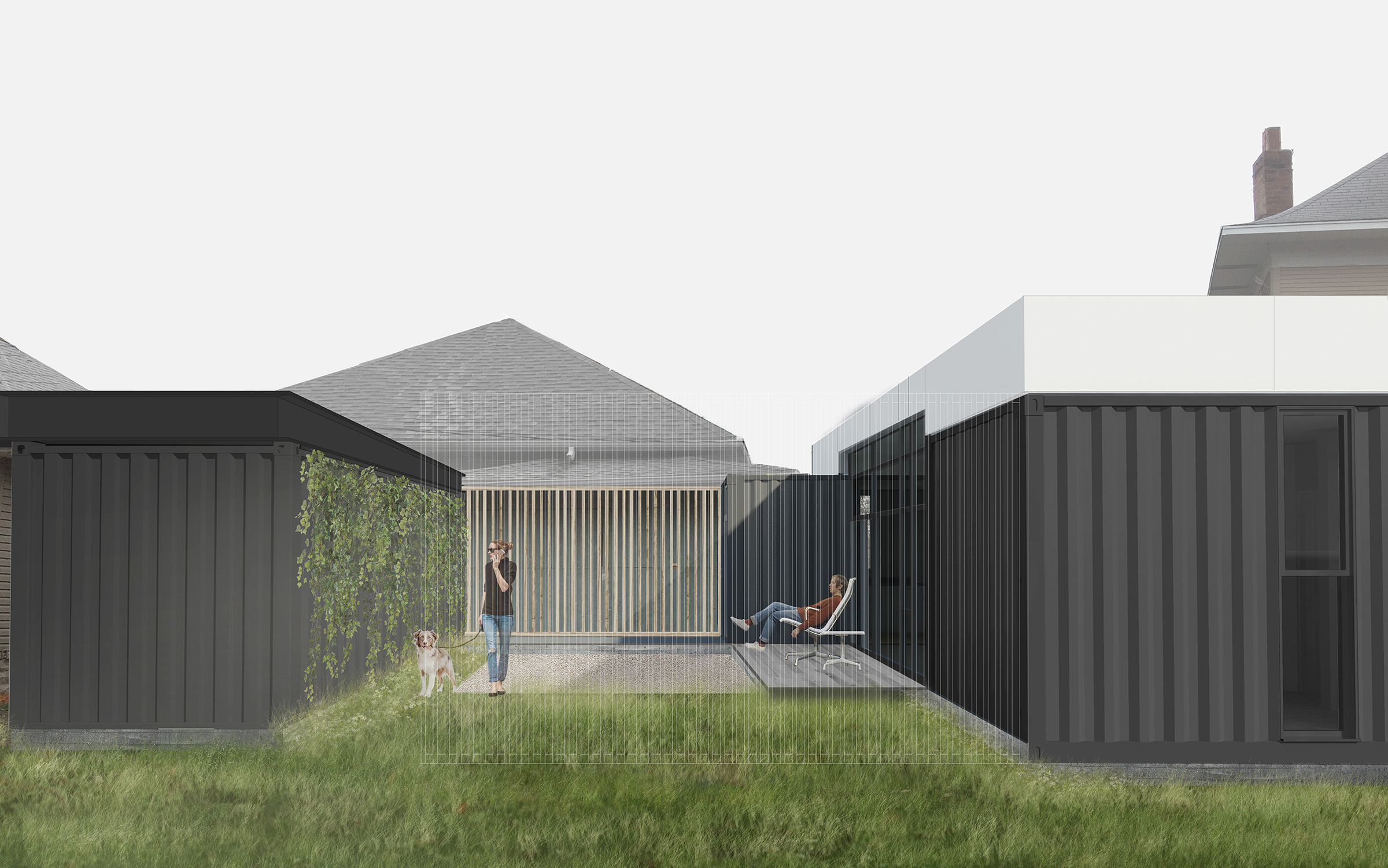 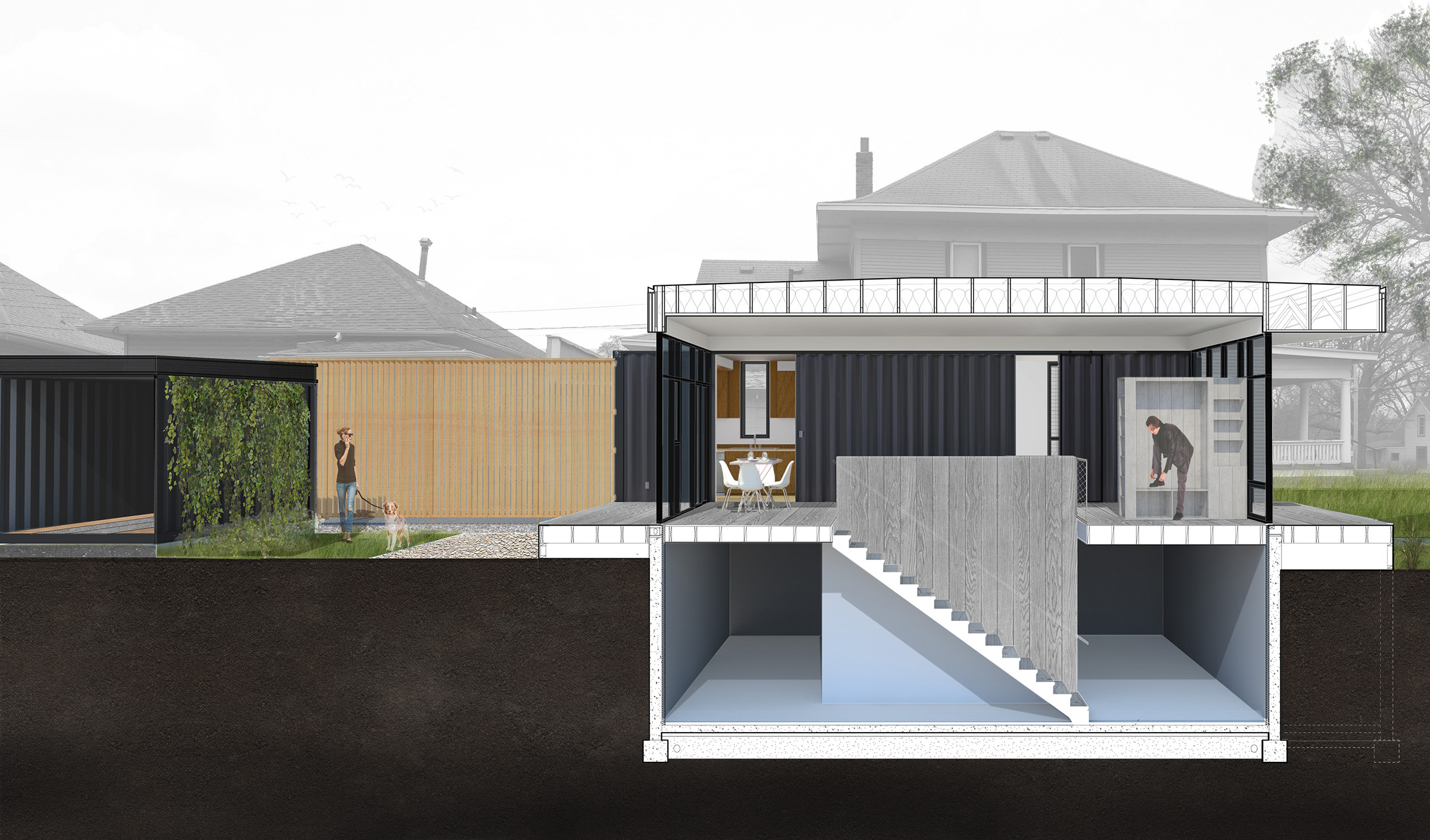 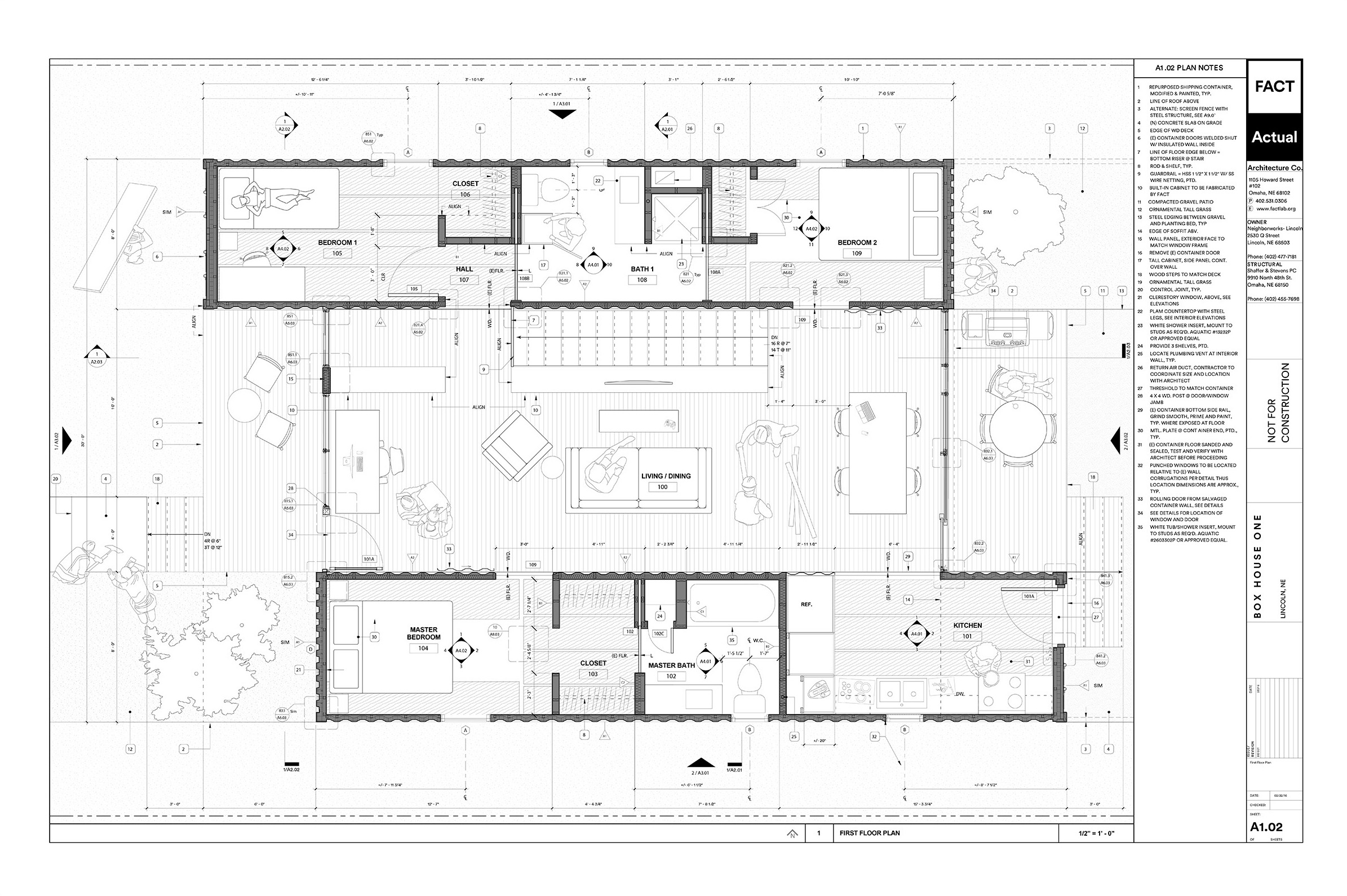 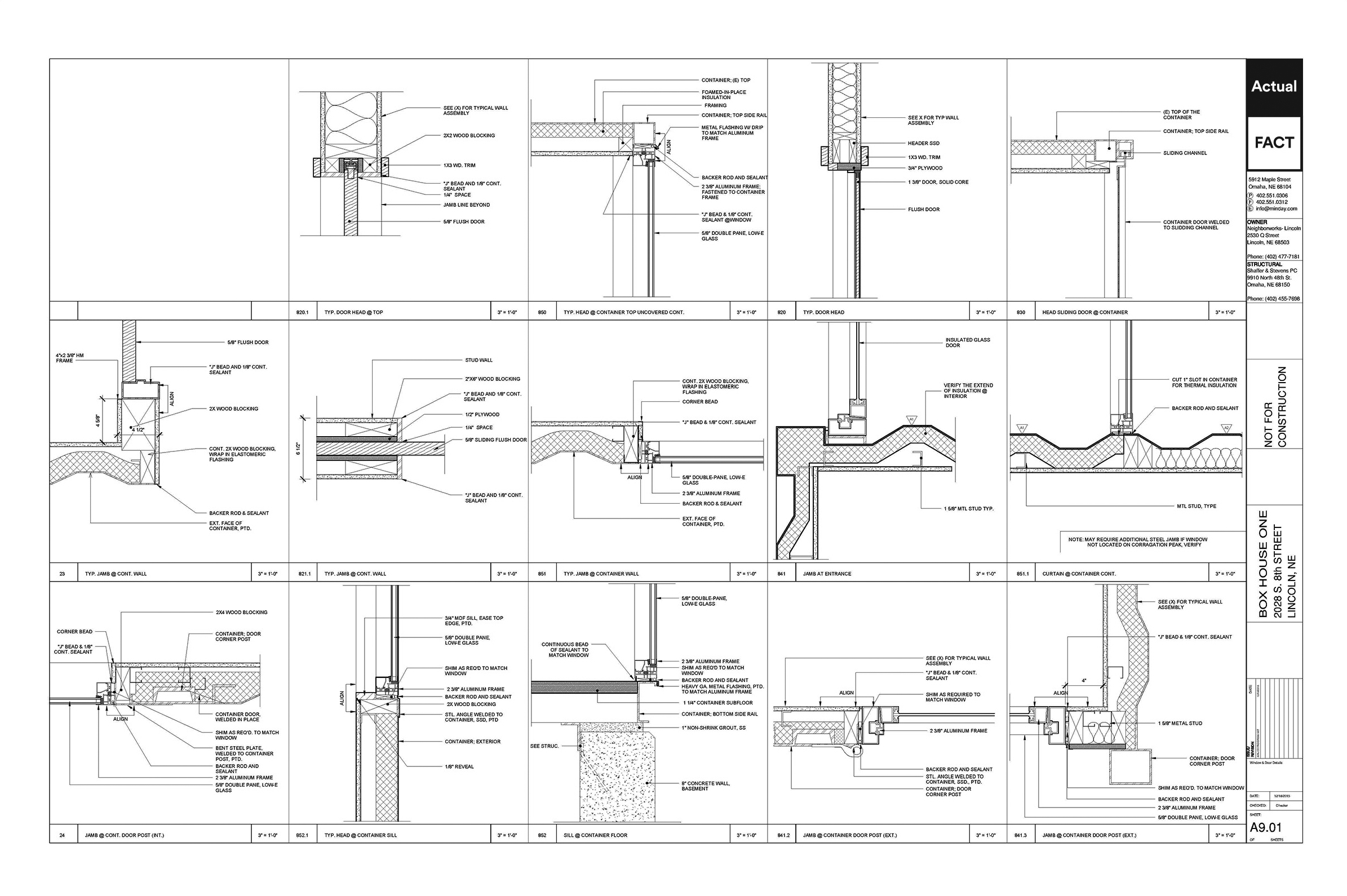 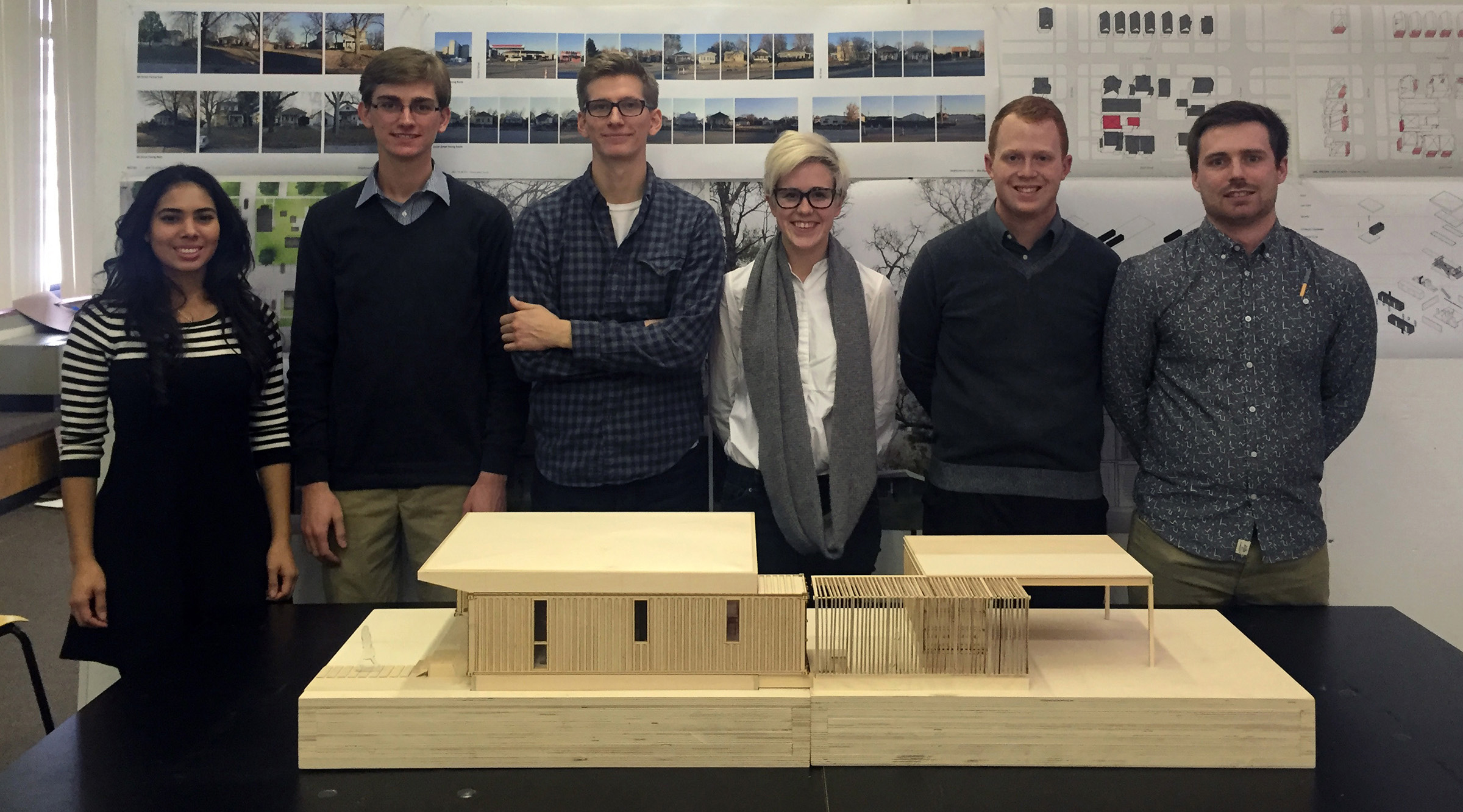 The Challenges of Experimental Housing

Designed for a lot on South 8th Street in Lincoln, NE, this was to be the first house built by FACT. Despite obtaining City approvals construction funding the developer was unable to secure a 30-year fixed rate bank mortgage for potential owners due to the lack of comps. The project remains unbuilt, but FACT is seeking new developers or owners and a new site for the prototype. In 2020-2021 the project will serve as the prelude to a new set of affordable homes to be designed by FACT in partnership with various non-profit organizations. See related affordable house prototypes in the NEw Attainable House project.

Box House One was featured as part of “Nebraska’s Housing Stories”, an exhibition running in parallel with the the traveling show “Evicted” at the Nebraska History Museum. The exhibition continued as part of FACT’s NEw Attainable House exhibition throughout 2021 and was reviewed in the Journal of Architectural Education.